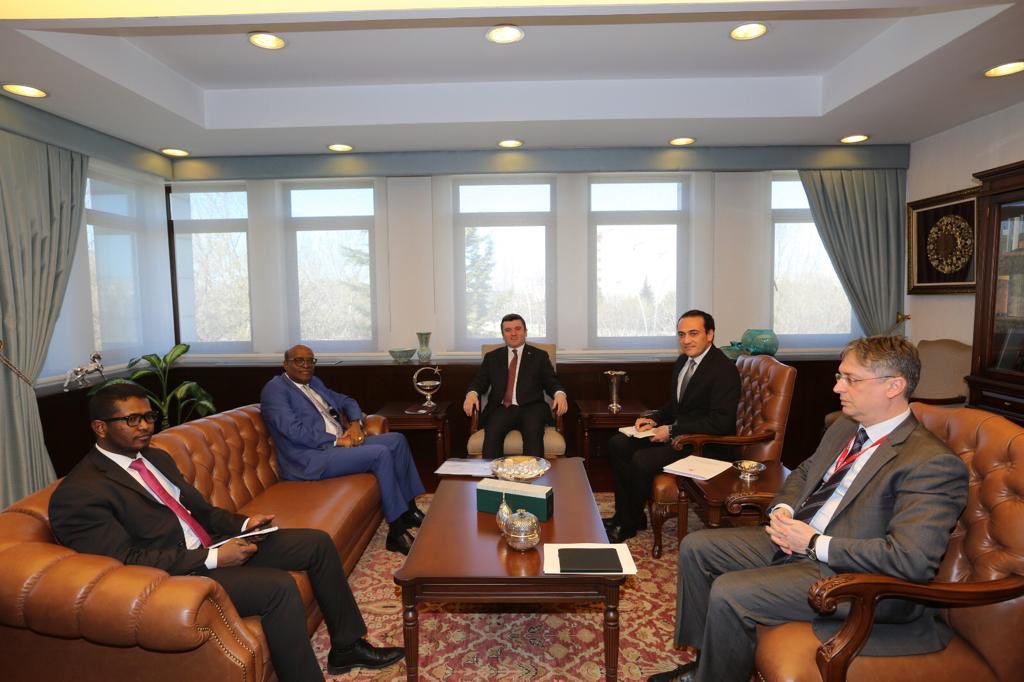 Djibouti's ambassador to Turkey, Aden Houssein Abdillahi, was received today in Ankara by Turkish Vice Foreign Minister Yavuz Selim Kıran. During this meeting, the two men discussed cooperation relations between the two countries, particularly in the economic field. They spoke about the main economic projects carried out or under way in various fields in the Republic of Djibouti, thanks to the support of the Turkish Government. Djibouti's ambassador to Ankara also informed the deputy minister of the finalization of the feasibility study on the establishment in Djibouti of a free zone exclusively reserved for Turkish investors. Ambassador Aden Houssein Abdillahi especially emphasized the willingness of the Government of Djibouti to intensify the partnership between the two countries, before highlighting the economic potential of Djibouti and its assets in terms of logistics, port infrastructure etc ... The Turkish Deputy Foreign Minister, Yavuz Selim Kıran, hailed the efforts of the Djibouti government to make Djibouti an indispensable logistics hub. The Turkish Deputy Minister finally told the Djiboutian diplomat of his willingness to continue the cooperation, already fruitful, between our two countries.